Interested in knowing your city better? Since 1996 over 26,000 people from 39 different states have experienced a Discover Your City Tour. Come and join us on one of our nine different Discover Your City Tours and see for yourself how our city has changed and how the Christian Church is responding. Each of the nine different tours presents a different area of the city. You will get a “hands-on” feel for what really is going on in the city. Focused prayer is a part of every tour as well. Tours are an excellent way to both educate and stimulate people to pray and serve as new “Glocal” (Global + Local = Glocal) missionaries. Past Tours have resulted in new churches planted, more focused prayer for different people groups, unreached people groups reached, partnerships formed between different churches/ministries, and new ministries begun. 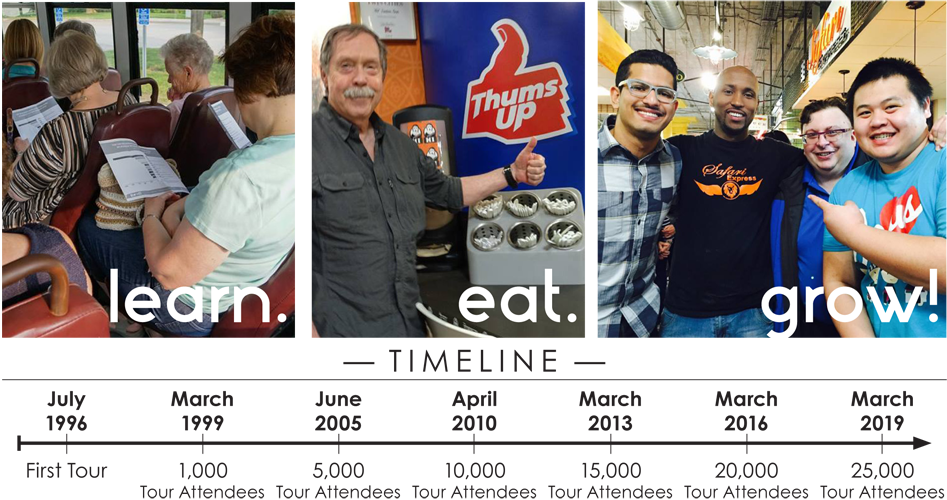 We have found that many Christians after reading the newspaper and seeing the news are very curious to understand and visit a Muslim mosque/community center, Hindu temple, and Buddhist temple but are afraid to go there alone or don’t know how to arrange it. City Vision has taken care of all the details for you.

Tour with a group of Christians to visit:

We will also eat a buffet lunch at the Muslim owned Holy Land Deli and Market.

Have you noticed the changes in your area over the last few years? Some suburbs have now transformed into new ethnoburbs. Learn what this means for your church or ministry. Learn how to reach out to this new glocal mission field in your own backyard. Understand the changing economics, the different spiritual influences, and the ethnic/immigrant perspectives (good and bad) affecting your ethnoburb.

The following places will be visited on the Ethnoburb Tour:

Testimonials
“I learned more in one day from your tour then I have in my four years of college.”  — Tour Participant

“This tour, I believe was God’s way of saying to me, this is what I’ve called you to do.” — Tour Participant

Contact City Vision at info@cityvisiontc.org to book your tour today!